In 2020 the International Monarch Monitoring Blitz occured from July 24 to August 2. This is not the end of the Monarch monitoring for 2020 but the results will give you an idea of the progress of the Monarch breeding this year.

As of Auguat 3, I had monitored 20 sites in the Annapolis Valley and reported them to Mission-Monarch.org.  I found evidence of Monarch breeding in all but four of those sites.  Most of the evidence was in the form of eggs still on Common milkweed leaves. Very few caterpillars were found and almost all of them were in the early stages.  I only found one 5th instar caterpillar.  This indicates that the Monarchs were late getting to the Annapolis Valley this year. The fact that there was wide-spread laying is good news. This means there should be more Monarch butterflies in the Valley by late August just in time for their migration south.

Of the 20 sites, I only saw Monarch butterflies at five of the sites. In addition, I encountered two Monarch in locations where there was no milkweed. The 22 two sites with egg and larvae numbers are mapped on a Google map. A portion of the map in the Waterville is shown below. The map with data can be access by clicking on the map or the text link below the map. 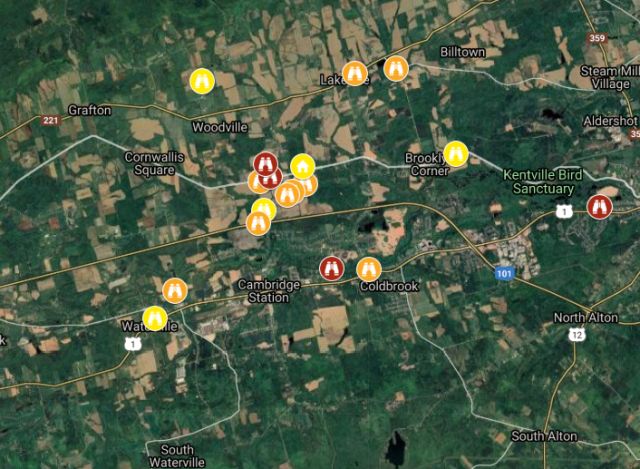 September 29:  The migration season  for Nova scotia is pretty well over.  Most of the Monarchs in the wild have left. This year we have released nearly 200 Monarch butterflies that were raised inside under protection from predators. However, many more have emerged from our  2 hectare milkweed field and in order to get an idea of the numbers produced in the wild, I walked the field in a consistent manner counting the number of Monarch butterflies that I saw.  Initially, in June and July these were just the Monarchs that had come into the field but as those Monarchs layed eggs and those eggs developed, we begain to see larger numbers in the next generation. The graph below gives the counts over the summer up until the present time. 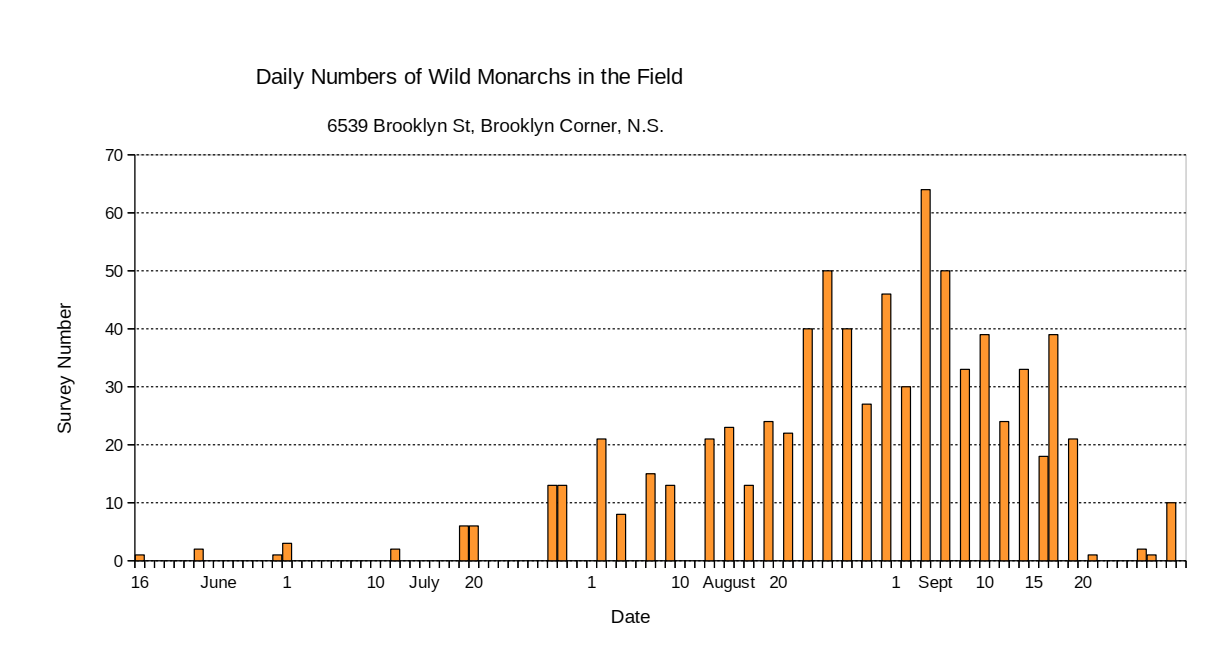 The following chart indicates when the reared Monarchs were released. There 200 releases include 50 that were tagged.  The releases started on August 1 so  day 30 is about Sept 1 and day 60 is Oct 1.  As you can see almost all the releases were in August. 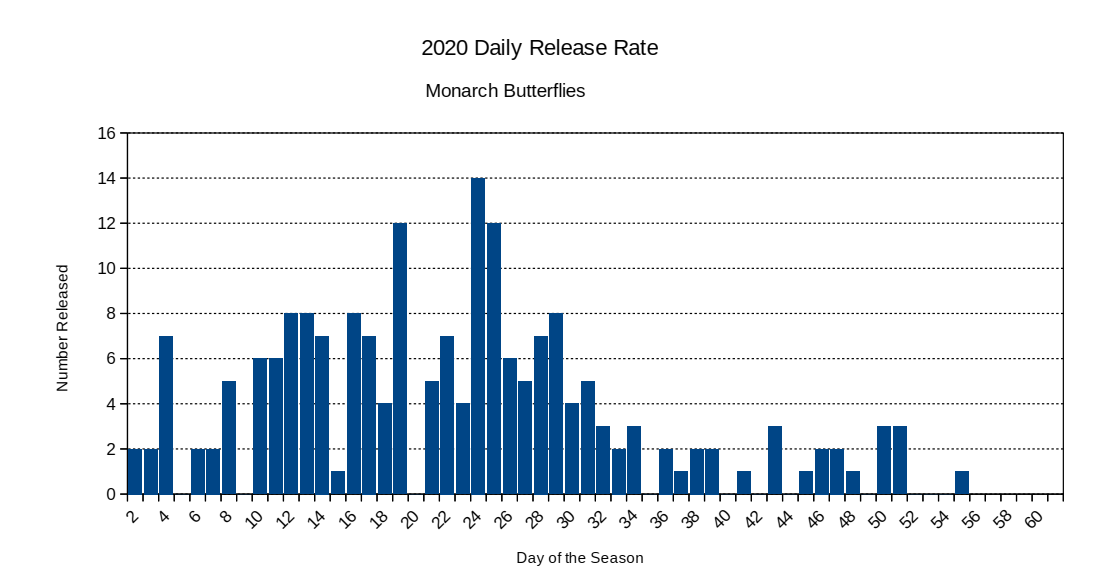