Monarchs were first seen in Nova Scotia in mid-June and arrived in Brooklyn Corner late in the month.  We had four in the milkweed field on the 3rd of July and collected our first eggs on the 4th. In the following months we raised 187 adult Monarchs from egg and larvae found in the field.  We again tagged 50 of those butterflies hoping some make it to Mexico and are seen.

The first raised Monarch eclosed on the 1st of August and the last of them was released on the 26th of September.  Those adults emerging in early August did not migrate but added to the breeding population in Nova Scotia.  We experience egg laying in our field up through 27th of August.  As a result there were Monarch butterflies emerging from the field all through September into October. 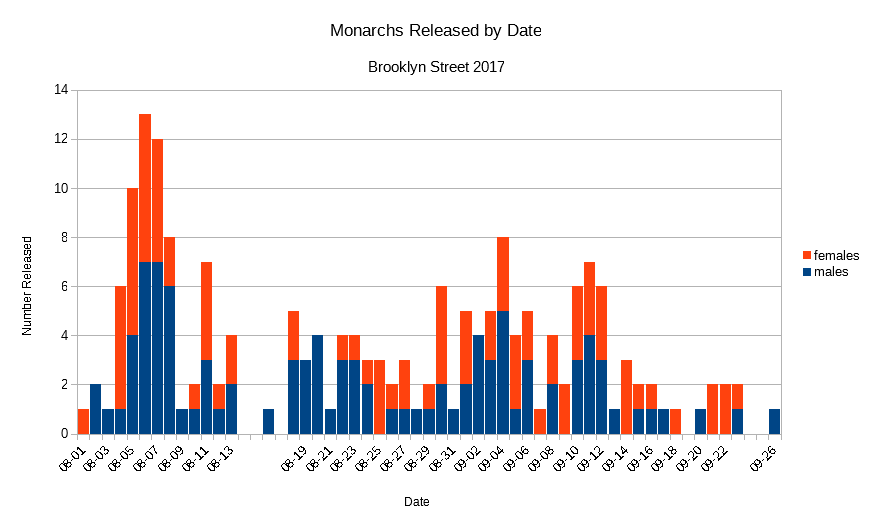 Crude surveys of the Monarchs in the field was done sporadically and the numbers varied dratically .The maximum count was on the 16th of september when 29 butterflies were scared up from the milkweed. Other large number counts were on September 8, 13, and 27 when the counts were 19, 13 and 12.  A guess at the number of wild Monarchs that came from the wild in the field is 150-200. 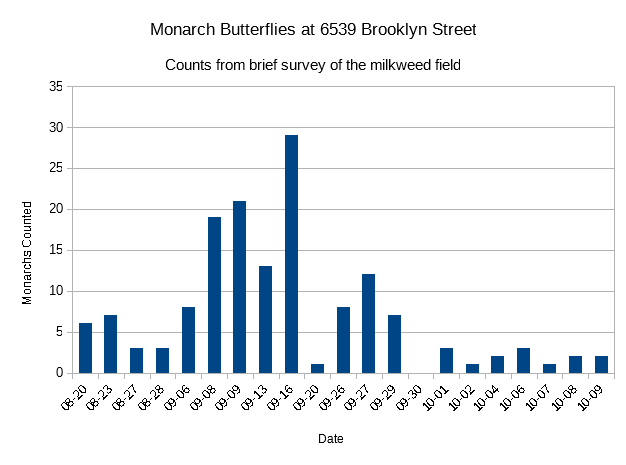 So in 2017, our milkweed field produced over 300 Monarch butterflies.  This was the best year ever for Monarch since we started raising them in 2006.