Report of Monarch Butterflies raised in 2016

The success of any one year for rearing adult Monarch butterflies very much depends on the arrival of adult female Monarchs from the south and to have them lay eggs in our milkweed patch. In 2015 we had one female visit but this year we had two females arrive and on 12 July. There may have been a third female join them later. A male Monarch had arrived on July 10 and on the 13th we saw a pair coupled. The first 27 eggs were collected from our Common Milkweed on the next day. We continued to collect eggs over the next two weeks. 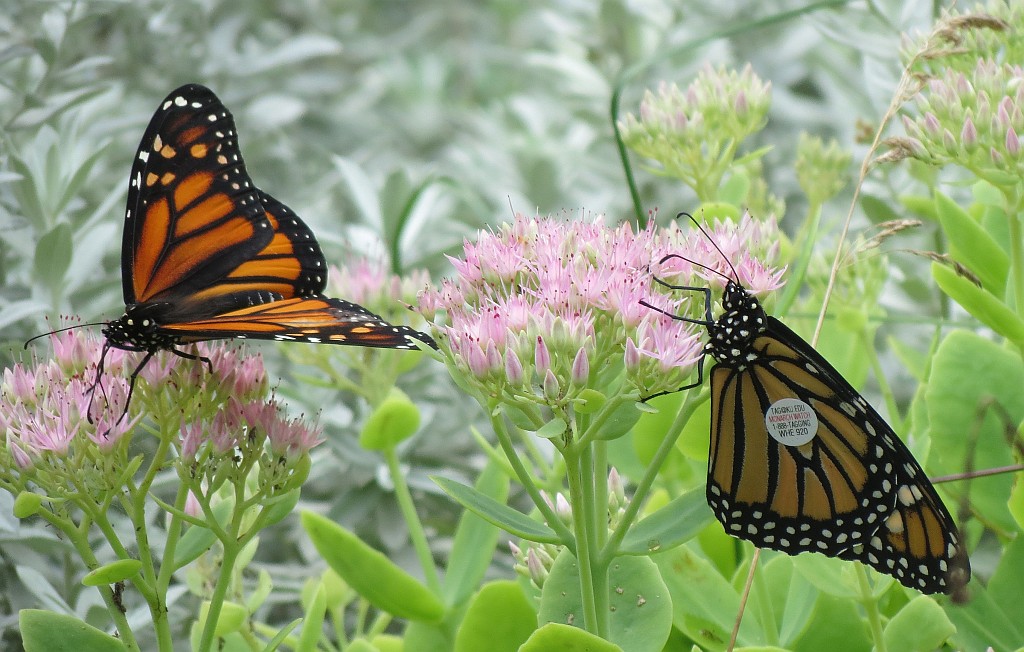 The first chrysalis was formed on the 30th of July and the first adult Monarch eclosed and was released on the 14th of August. A second round of egg collecting start during the week of August 20-26, presumably from female Monarchs we had raised.

We released the last adult Monarch butterfly on 24th of September.  During early late August and early September we noticed an increase in Monarchs in the milkweed field and many of them were 'fresh and wild' from their chrysalis. The last wild Monarch was seen on October 1st.

We raised a total of 131 Monarchs inside this year. There was an additional seven that we gave to others to raise.  Six were raised by Gary Shupe in Beaverbank and one was released from St. Mary's School in Aylesford. A summary of the times of release is in the following chart.