Below is the count of Monarch butterflies seen in our field of milkweed throughout the season. We have also noted the number of coupled pairs in the count for that day. Counts are only done every two or three days. 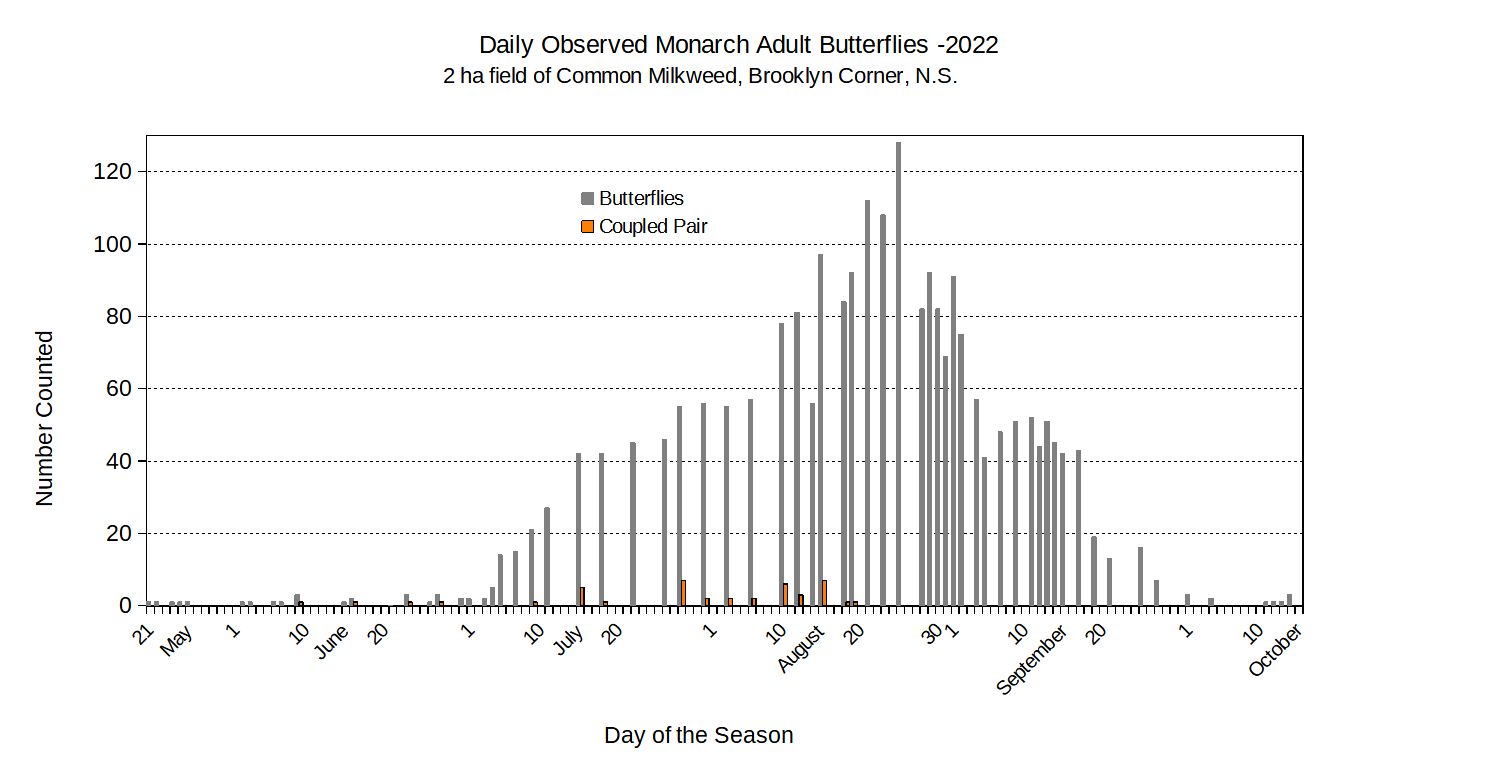 Before mowing the lawn and trails near the field we survey for eggs and larva then protect and feed them until they eclose as butterflies. These we tag along with wild Monarchs. The chart below shows the time line of releases. It is estimated from surveys of marked chrysalis that in September we were getting over 10 eclosures per day in the field so the productivity was very good this year. 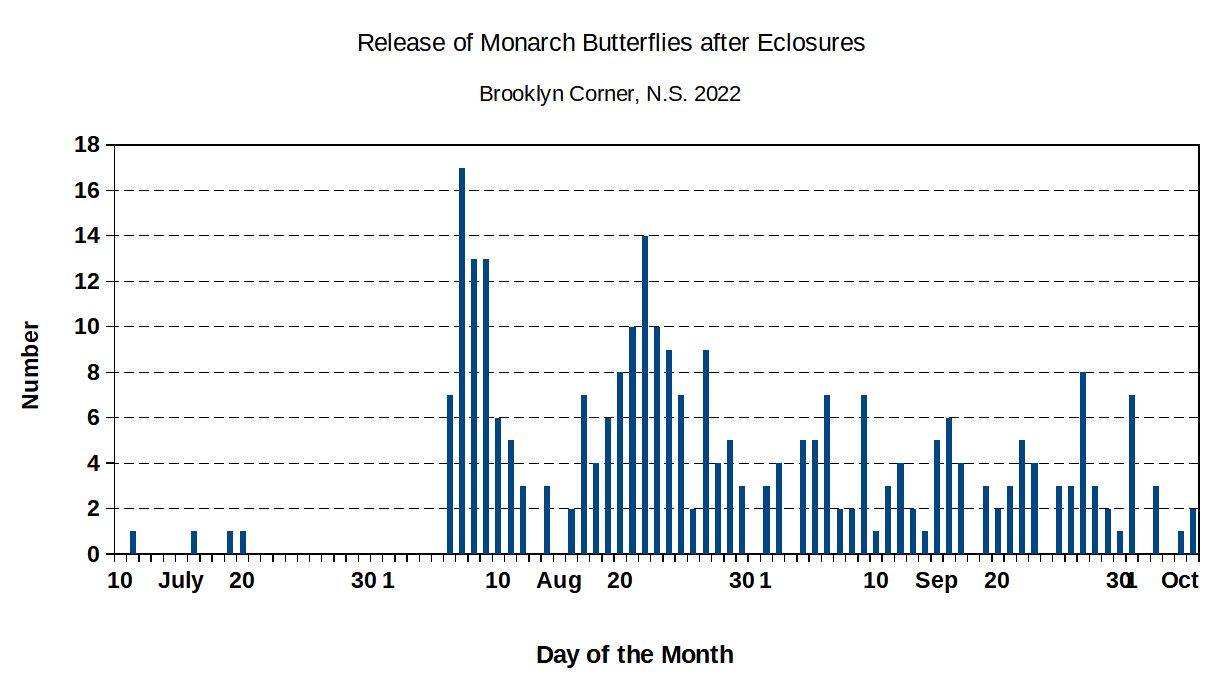 We keep data on all the Monarchs we help. Before we release each butterfly, we measure its wing length. This is used to determine which are the best Monarchs to tag and provides a measue of the health of the population.  The length can vary from 46 to 56 mm but most have length near 52 mm. 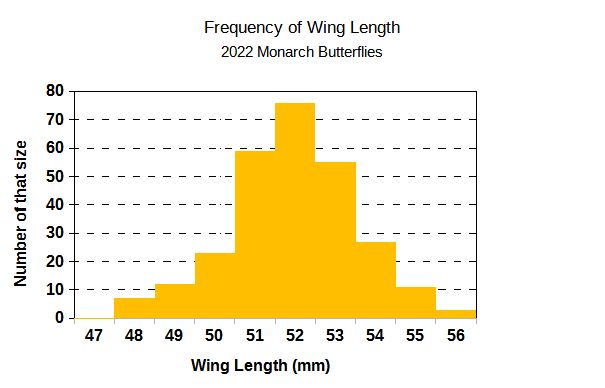