MM J100026.36+021527.9 (a.k.a. "Mambo-9"), is a dusty, star forming galaxy formed when the universe was very young.  The galaxy is so far away that space has expanded during the time it took for light to get here. That expansion has shifted the light from the galaxy by a factor of 5.85. Light that left the galaxy in the visible spectrum (~ 500 nm) reached us with a wavelength of 2.9 micrometres (in the infrared)  In the region that Mambo-9 resides, galaxies are moving away from us at 95.8% the speed of light.  The galaxies were 1220 Megaparsecs away when the light we see left.  At present due to the expansion of the universe, they are about 8400 Mpc away. 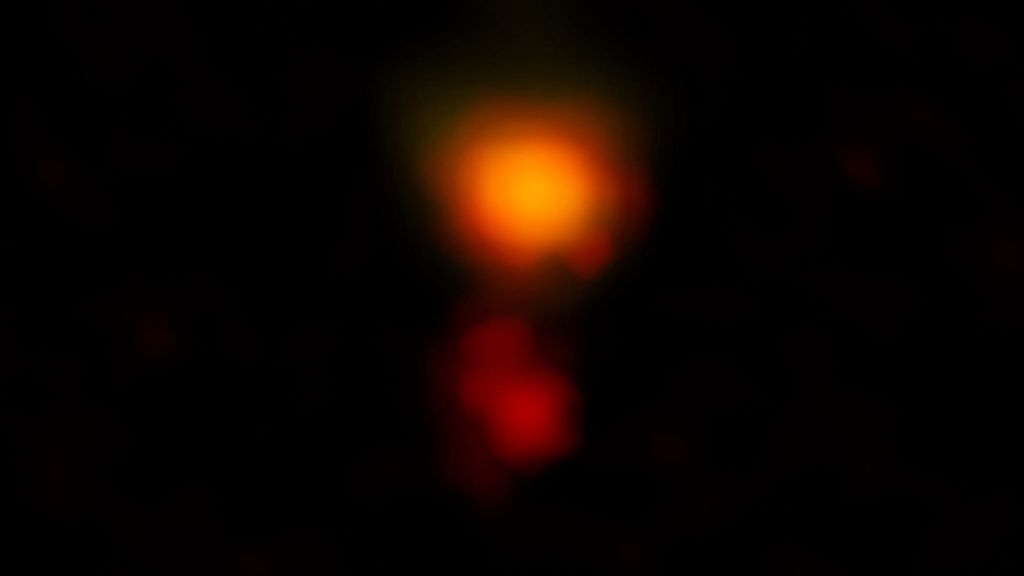 Mambo-9 was first discovered 10 years ago in the near Infra-red 0.85 nm and microwaves at 1.2 mm, then recently at 2 mm when its redshift was measured by the Atacama Large Millimeter and submillimeter Array (ALMA). . By analyzing the spectrum and image of Mambo-9, astronomers were able to deduce that it is composed of a pair of galaxies separated by 6 kpc (~20,000 ly) with the following properties.

The system is undergoing a merger-driven starburst that will increase the stellar mass of the system tenfold in  40−80 Myr, converting its large molecular gas reservoir (gas fraction of ) into stars. It is predicted to have a stellar mass of more than 1015; M⊙ by the time it reaches the age of the current universe. Its age when the light we see left the galaxies was 0.97 Billion years (The universe is 13.7 billion years old at present, so the light left the galaxies 12.7 billion years ago)

The ALMA image lacks details so, below, an artist gives us an idea what it might really look like if we were closer to it. 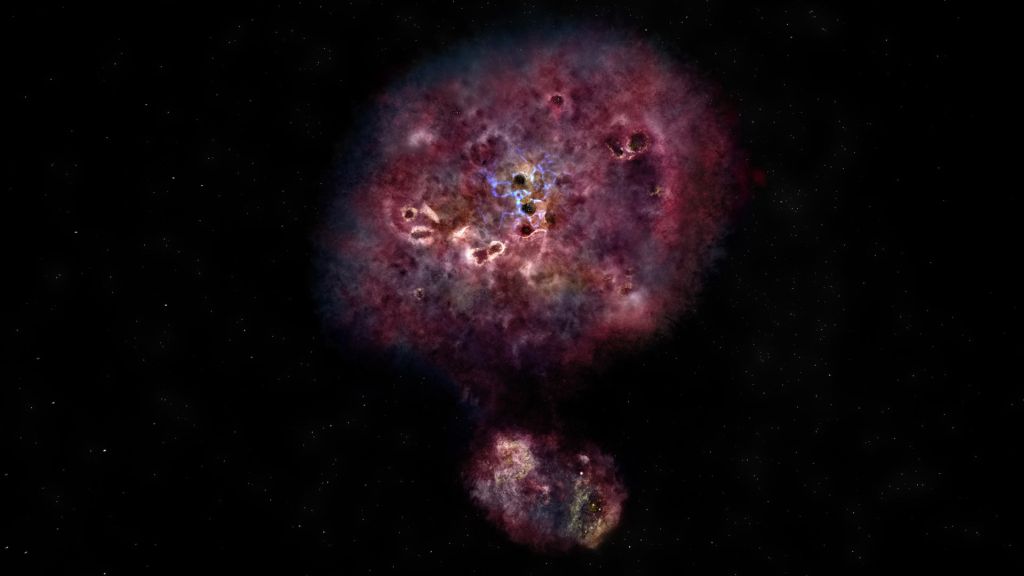 A webpage to help you calculate speed, v from redshift, z