On August __ we gave a large, stage 5 caterpillar to the Jennine MacIntosh, teacher of the primary class at St. Mary's Elementary in Aylesford, N.S.  The caterpiller pupated on ____ and emerged from its chrysalis on __  to the delight of all the class. The students were able to watch the changes in the Monarch to its final stages.

As a thank you for providing the Monarch larva for the experience that they had, the class created the following gigantic card.  Click on the image to enlarge it. 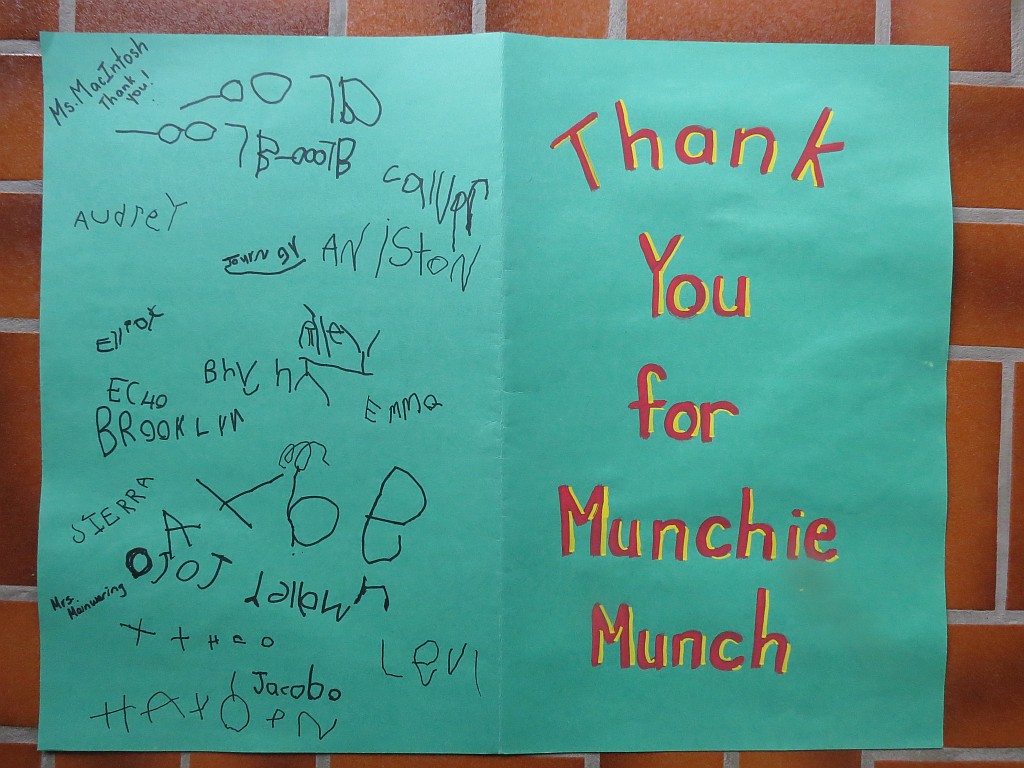 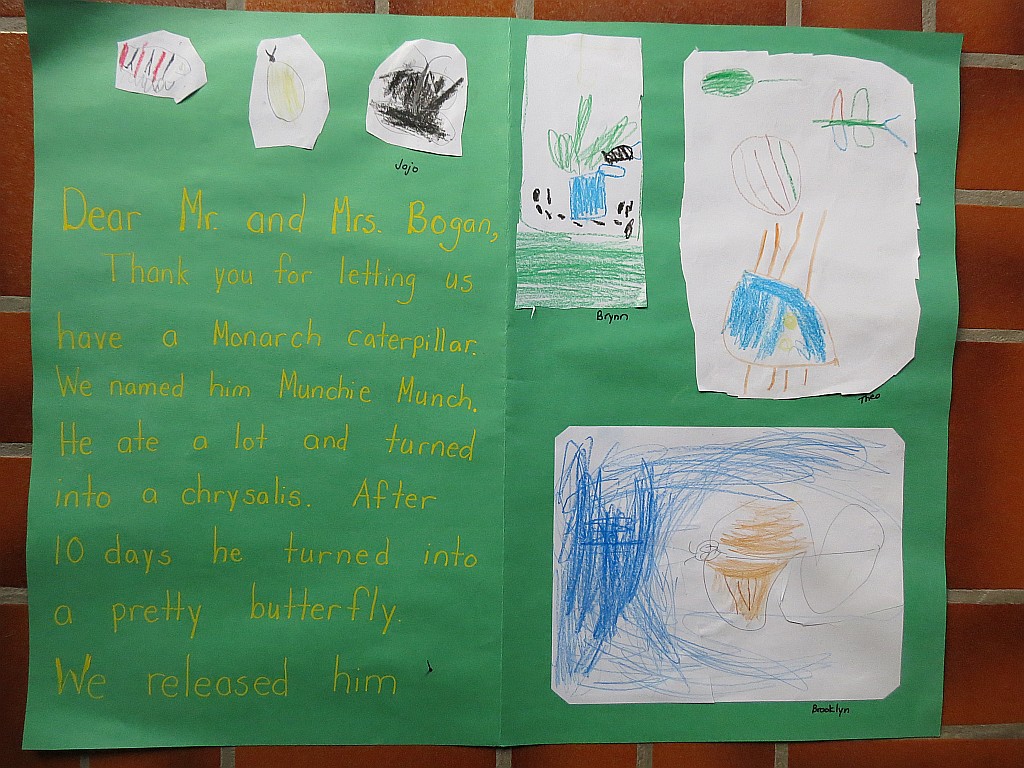 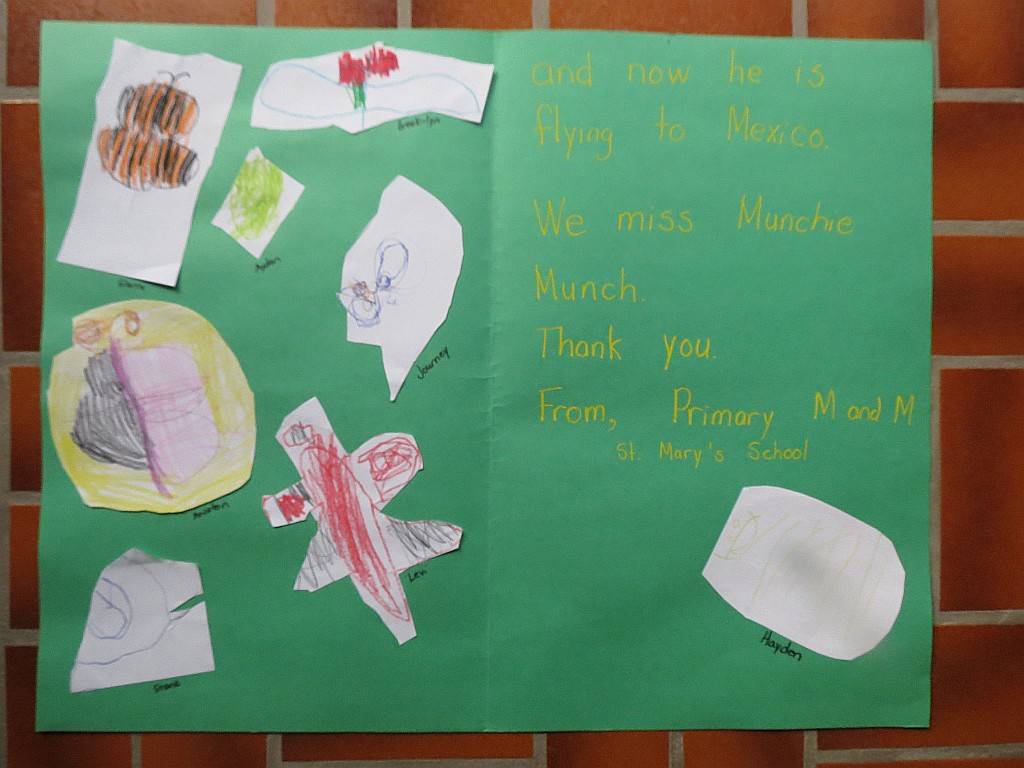 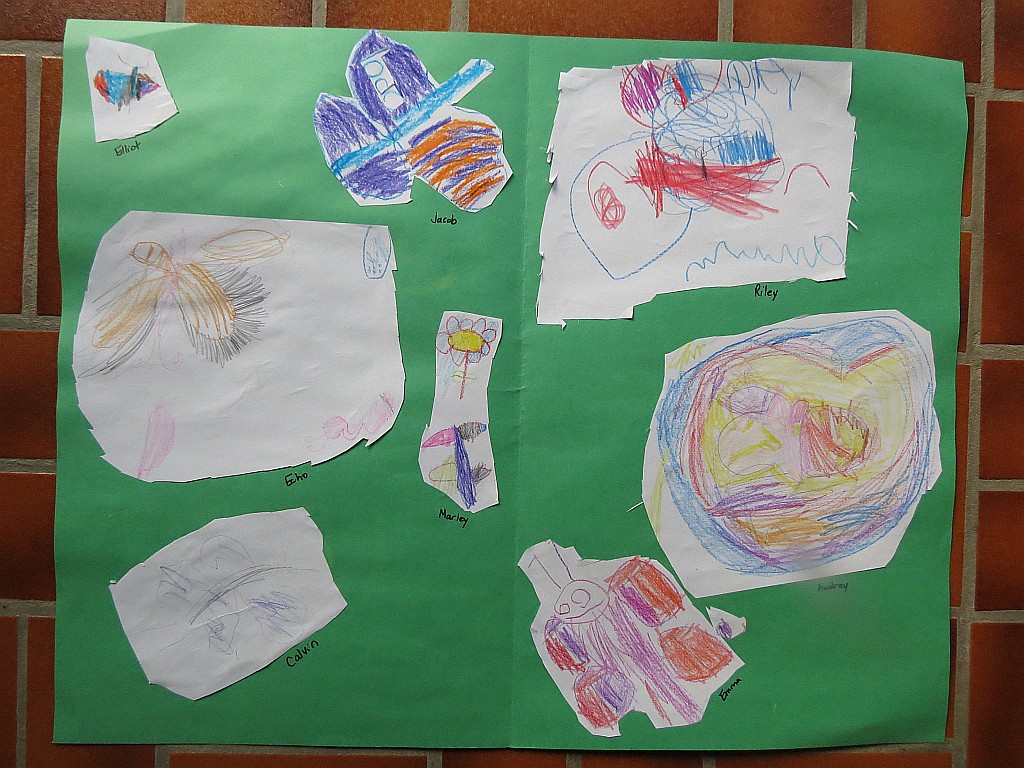